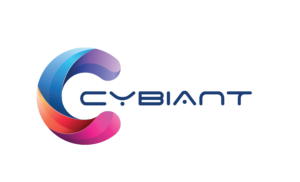 What is Deep Learning?

In the previous article, ‘What is Machine Learning?” we touched upon the basics of machine learning, the different types and a brief explanation of some of its uses.

Deep learning has advanced side-by-side with the digital era, which has led to a massive increase of data in all types. This data, also known as big data, is generated from sources like social media, internet search engines, e-commerce websites, among others. However, this data is normally generated as unstructured and because of the sheer quantity of it, it could take many years to sort and analyse all of it.

This is where Deep Learning and Machine Learning come into play.

Let’s delve deeper into the definition of Deep Learning and gain a better understanding of why it has become a subset of machine learning.

What is Deep Learning? 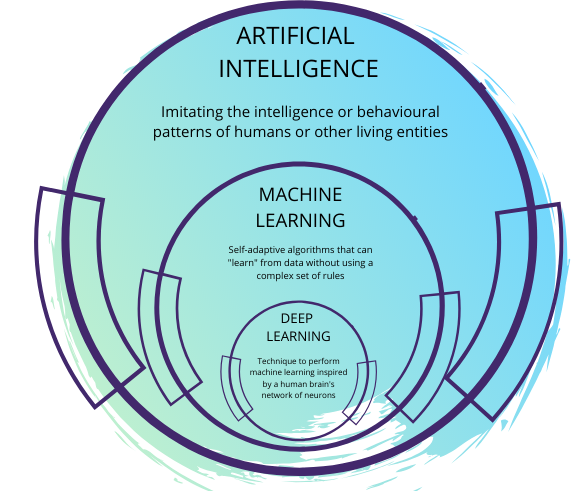 Deep learning utilises a hierarchical level of artificial neural networks to carry out of the process of machine learning. While in traditional programs, analyses are built with data in a linearly, deep learning enables machines to process data in a nonlinear way using a hierarchical function. Computer models learn to perform specific tasks such as identifying predetermined objects in images, text or sound. Deep learning can have extremely high accuracy, sometimes surpassing human-level. Deep learning algorithms are trained using a large set of labelled data and neural network architectures that contain several layers.

Self-driving automobiles are the most dominantly used application of deep learning. Automotive researchers use deep learning to automatically detect objects such as traffic lights, pedestrians, and stop signs. The algorithms constantly collect new information and the system learns from past data.

What is a neural network?

The definition of deep learning might have been a little confusing if you don’t have any prior knowledge about neural networks. Deep learning is a type of machine learning that runs data through a biologically-inspired neural network architecture.

Neural networks are a set of algorithms, who’s model is inspired by the human brain. Neural networks are designed to recognise and distinguish between patterns. They interpret sensory data through a kind of machine perception, labelling or clustering raw input. The patterns they recognise are numerical, contained in vectors, into which data such as images, sound, or text must be translated.

The neural networks contain a number of hidden layers through which the data is processed, allowing the machine to go “deep” in its learning, making connections and weighting input for the best results. The term ‘deep’ refers to the number of layers in a neural network. While deep neural networks can have as many as two hundred layers, traditional neural networks only have a few, usually around three.

In deep-learning networks, each layer of nodes learns on a distinct set of features based on the previous layer’s output. The further you advance into the neural net, the more complex the features your nodes can recognise, since they aggregate and recombine features from the previous layer. This is known as feature hierarchy which is a hierarchy of increasing complexity with each layer.

If you’re a Spotify user, an Amazon shopper, or an avid watcher on Netflix, you might have noticed that those applications have a tendency to show you more of what you like. These applications have recommendation engines that are designed to enhance user experience by improving service. A recommendation system uses algorithms and data to recommend the most relevant items to a particular user. A Spotify listener who plays a lot of disco is more likely to be shown more music of that genre by the recommendation system.

There are three main types of recommendation engines:

The Collaborative Filtering method is normally based on collecting information regarding a user’s actions, behaviours, and preferences in order to predict what else they might like based on similarity with other users. The benefit to using this method is that it does not require machine analysable content. In other words, it is capable of recommending complex items such as movies and books without needing to understand the item.

The Content-Based Filtering method is one that relies on data that the user provides. User profiles are created for every user of an application or website and based on the data that is provided, the service makes suggestions to the user. As the user performs more actions and inputs, the engine becomes more and more accurate because it has a greater data set to base its recommendations on.

More than 80% of the content people stream on Netflix is discovered through the platform’s recommendation engine. This means when you make a selection of a movie or TV series on the homepage, you are essentially choosing from a number of selections created by an algorithm. Whenever a user clicks on a title or spends time watching a TV show or a movie, Netflix is collecting data that informs the algorithm and updates it. The more you watch the greater the accuracy of the recommendation algorithm.

As discussed in a section above, deep learning is commonly used for image recognition applications. Deep learning has greatly improved computer vision of the past few years, achieving pin-point accuracy. Facial recognition in our smartphones, autonomous modes in self-driving cars, and diagnostic imaging in healthcare have made huge advancements due to improving image recognition technology.

Neural networks use algorithms that are layered next to each other. This makes each algorithm reliant on the outcomes of  other surrounding algorithms. This creates a process that tries to simulate the logical reasoning that humans possess. For image recognition, convolutional neural networks are used.

If given enough time, a neural network will improve its learning capabilities if its predictions are accurate. It takes a lot of training for computers to get their predictions right because they don’t automatically know what things are called in reality.

“Machine-inspired marketing forces managers to strategically assess their organisation to redesign roles and responsibilities while adequately defining the division of tasks between humans and machines.”

Consumer behaviour is constantly changing over time. There are many contributing factors such as time of year, new products, fashion trends, viral videos that cause the sudden popularity of something, etc. Social media and marketing campaigns generate a lot of data that can be used to understand customer preferences and behaviour.