April 13, 2021 16.30pm - 17.30pm FREE SESSION: INTRODUCTION TO DESIGN THINKING Problems sometimes can give rise to innovative solutions and new business growth opportunities for organizations. High-performing companies, are the ones that have mastered the process and method of designing and creating innovative solutions repeatedly. However, in this fast-changing business environment to design a new and functional solution or product is not as easy as it seems, and it is usually where companies stumble. Most companies design solution and products based on past data which doesn’t actually tell what the users really need or make risky bets based on instinct rather than experimental evidence. One of the most effective problem-solving method that is adopted by many global organizations, is known as the Design Thinking. It plays a central role in innovation and process improvements for organisations such as GE, Google, IBM, and Nestle. The problem-solving framework encourages people to explore alternative and creative design options that are entirely new and at the same time focuses on the actual needs of the users to avoid designing something that is redundant. AGENDA  In this 1-hour Design Thinking training, we will explore the use of Design Thinking to introduce more innovative, customer-centric, and agile thinking into your organisations. You will learn about: The concept and benefits of [...]

May your heart be filled with happiness, love and contentment as you celebrate the new beginning this year! Start your training and learning plans now with our Chinese New Year Promo. You can enjoy a 10% DISCOUNT off the course fee for 1 pax or 20% DISCOUNT for more than 1 sign up for the same course*. It is a great opportunity for you to invite your colleagues to learn together. So don’t miss out on this opportunity to grab the best new year deals! You can book your courses online, via our chat or email us at info@cybiant com. Use promocode CNY2021 on every order you place, and you will automatically receive the discount in your invoice The discount applies to both virtual and online courses in 2021. Our top 5 courses: ITIL 4 Foundation (Self-paced online and Virtual) The ITIL 4 Foundation certification is designed as an introduction to the ITIL 4 framework. This course will enable candidates to look at IT service management through an end-to-end operating model for the creation, delivery and continual improvement of tech-enabled products and services. ITIL is a widely accepted approach to IT Service Management (ITSM).  ITIL provides a cohesive set of best practice, drawn from the public and private sectors internationally. Agile Project [...]

We are incredibly honored to work with Perkeso to assist individuals who have lost their jobs during this challenging time of pandemic. Cybiant has been appointed as one of the training organization under the Employment Insurance System (EIS) to provide training programs to upskill and reskill affected individuals. The objective is to increase their employability in line with the demand in the job market.   The training program that we have selected for this initiative is the Enterprise Big Data Professional. Data Analytics has been one of the most sought after skills that hiring managers are looking for, especially in data-driven organizations. Employees skilled in data analytics are extremely valuable to an oganization, as they can help convey important insights from the data to guide the organization's decision-making process.   The Enterprise Big Data Professional course will provide delegates with a fundamental understanding of Big Data and related technologies. Candidates who have undergone the course will be able to understand data analysis techniques, big data solutions, and how to capture value from massive quantities of data. Furthermore, this course provides the fundamental knowledge for individuals looking to pursue their careers as professionals in machine learning, artificial intelligence, or Big Data.   If you would like to know more, please contact us at info@cybiant.com PERKESO.600-7/12/1/CybiantAsiaSdnBhd(356)

You can now get the best deals for some of the internationally certified courses from Cybiant's 11.11 campaign. Either you have been planning on attending training courses to gain knowledge or to enhance your career with professional certifications, now is the time to do so! Enjoy the lowest price deals now with discounts of up to 30% on selected courses. The campaign is part of our commitment to encourage people to develop the mentality of lifelong learning and skills enhancement. The courses we have selected are a few of the well-known and desired certifications by most organizations globally. So don't miss out on this one-day opportunity to grab the best deals! You can book it online, via our chat or email us at info@cybiant.com to enjoy the deal now. ITAM Foundation Virtual Course - 12-13 November 2020  The ITAM Foundation training course with the Certified Asset Management Professional (CAMP) Certification is designed to provide an extensive overview of IT Asset Management (ITAM) best practices and processes, as well as offer ways to embrace multiple organisational frameworks such as ITAM and IT Service Management (ITSM). USD 1,880 | MYR 7,000 | SGD 2,800 USD 1,625 | MYR 6,500 | SGD 2,168 Agile Project Management Practitioner Virtual Course - 16-18 November 2020  The Agile Project Management Practitioner level empowers, encourages and equips [...]

Free Session: Service Intelligence – The Next Wave Of ITSM

FREE SESSION: SERVICE INTELLIGENCE – THE NEXT WAVE OF ITSM If you didn't already know, we are either interacting or enjoying the benefits of artificial intelligence (AI) solutions almost every day of our lives. Even in the professional world, automation solutions powered by AI could increase a company's productivity by nearly 40%. However, for many, using AI to recommend the best restaurant is one thing, but it's another to assign and entrust AI with essential work-related tasks. In fact, many of us intend to adopt AI technology in the workplace, but we are still hesitant due to the doubts we have about the benefits and the practical implementation approach of adopting AI. Join us in this free session as we discuss more about the topic of AI in IT service management. SESSION DESCRIPTION In the last year, the term Service Intelligence has started to emerge. Service Intelligence joins the world of Service Management with the world of Artificial Intelligence. Can clever algorithms and smart technologies help to deliver a service experience that is above and beyond user expectations? Is it possible to predict the service requirements of individual users or of complete corporations? And what is the effect on knowledge management in an organisation? Join Jan-Willem Middelburg as he explains how discoveries in Big Data, Machine Learning and Artificial Intelligence [...]

Register here A NEW WEBINAR IN IN COLLABORATION WITH THE WORLD ASSOCIATION OF PPP UNITS & PROFESSIONALS The current COVID-19 crisis has strained infrastructure projects globally, and in particular public-private partnerships (PPPs), at all stages and in all sectors—with implications for governments, providers of infrastructure assets and services, their financiers, and end-users. Most PPP infrastructure projects are, to some extent, influenced by social factors. Because of the COVID-19 crisis, most infrastructure has been adversely impacted. There are less cars on the road, which impacts road PPPs. There is reduced energy consumption, which affects power purchase agreements. And sports and event management PPPs (such as the Singapore Sports Hub) have not seen any events in more than six months. While all players share a common goal: to prevent the failure of PPP programs and projects, actions taken so far have often been ad hoc and focused on remedying the pandemic’s effects in the short term. In most cases, governments and private sector consortia could rely on contractual clauses for relief management, which are customarily included in every PPP contracts. However, six months into the pandemic,  it becomes more and more visible that the end is not yet in sight. There’s now a need to move beyond short-termism and address holistic implications for the PPP model itself and infrastructure development more generally.  It’s time [...]

Cybiant joins #MyDigitalWorkforce Week Cybiant's Enterprise Big Data Professional course is now listed in MDEC's Digital Skills Training Directory. The course has been reviewed and endorsed by a panel of digital industry experts to ensure that it meets Malaysia's employees' career needs, to prepare for the digital economy.    The course is the first level of the Enterprise Big Data Framework, and it is certified by the global leading exam and accreditation institute the APMG International. Jan-Willem Middelburg, the CEO of Cybiant co-authored the Big Data Framework with the aim to inspire, promote, and develop excellence in Big Data practices, analysis, and applications across the globe. The Enterprise Big Data Professional course is designed in a way that guides the learners to understand the theoretical and fundamental concepts of Big Data and subsequently applies this knowledge to a real-world case study.   As part of efforts under the #DigitalVsCovid movement during the running MCO period, MDEC’s Digital Talent Development team is ramping up its recently-minted initiative called #mydigitalworkforce. #MyDigitalWorkforce Week is a week-long event, offering career and upskilling opportunities in the digital job market. As part of our organization's commitment to support the #MyDigitalWorkforce Week, we are now offering a 15% discount for the Enterprise Big Data Professional course. If you are interested to know more, feel free to contact us at info@cybiant.com. For the course description, please click here.

Buy 2 Self-Paced Online Course and get 15% off

SEPTEMBER 3, 2020 11:00 AM - 12:00 PM SGT As Public-Private-Partnerships schemes for the procurement of public infrastructure are growing quickly growing in popularity in Asia-Pacific, many governments are faced with the question how to professionalize their PPP Units or PPP Knowledge Hubs. Because of the long-term nature (and corresponding risks) of PPP projects, it is crucial that a sound framework drives the selection, appraisal and tender phases of PPP projects. This requires knowledge and experience of PPP professionals, as well as a sound understanding of the market conditions and financial markets. So how can governments improve their capabilities in a structured and efficient way? In this webinar, Cybiant will provide an overview of their Public-Private-Partnership Maturity Index® (PPPMI). Developed by Cybiant, the PPP Maturity Index uses the CP3P certification as a knowledge base and provides an assessment that measures PPP framework maturity, breaking them down in critical capabilities that are required to improve PPP success. We will showcase which critical capabilities are required, and how they can be translated into structure improvement programs. This webinar is hosted jointly by APMG-International and Cybiant. APMG-International developed the CP3P Certification framework in collaboration with the World Bank. Cybiant was the first accredited PPP training provider in Asia, and has certified hundreds of individuals in PPP Best Practices. [...]

In the month of July, we celebrate Automation Best Practices. Automation is one of the fastest-growing domains in IT, and enables the digital workforce of companies. The benefits of automation are plentiful: cost reduction, increased accuracy and freeing up resources that would otherwise be engaged in time-consuming repetitive tasks. During the Automation Month, we provide you with the tools to start your automation journey. What we offer during Automation Month?  One of the top reasons that companies have yet to adopt RPA solution even though they are fully aware of the benefits that it can bring, is due to a lack of understanding of RPA and not knowing where to start. In view of this, Cybiant has specifically designed the UiPath RPA Discovery Workshop to help organizations to have a better knowledge of RPA solution and to assist them to begin their RPA implementation journey without any consultation fees.  The first step in any automation journey is the design of an adequate strategy. A RPA strategy defines the overall objectives that the organization aims to achieve through automation. In this webinar, we will discuss the core components of a RPA strategy, and how you can successfully structure the Business Case for Robotic Process Automation. Don’t miss this unique opportunity to learn how to kick start your automation journey.  [...] 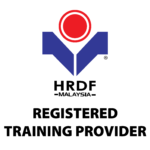